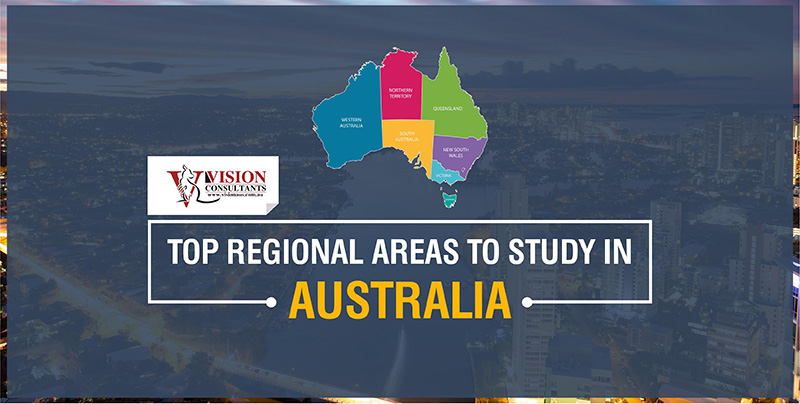 The Australian government recently announced new changes which can facilitate overseas students to choose top Regional Areas to Study in Australia. If you complete a minimum of 1 degree, diploma or trade qualification that satisfies the Australian study requirement obtained while living and studying in an eligible area of regional Australia, not only will you be ready to claim 5 additional points for a talented visa, you’ll even be eligible for a further 1 or 2 years of temporary graduate visa (SC 485 visa).

International students studying at regional universities (Cities and major regional centre) are going to be eligible to access a further 1 year in Australia on a post-study work visa.

International students studying at regional universities (Regional centre and other regional areas) are going to be eligible to access a further 2 years in Australia on a post-study work visa.

Regional areas are going to be defined as any area excluding Sydney, Melbourne and Brisbane (List of postcode are often found here).

Top 10 Cities for studying in Regional Australia are:

All of the Northern Territory is taken into account regional centre by Immigration. What meaning is that graduates from Northern Territory could also be eligible for a further two years on their second temporary graduate visa (SC 485)

Below are a number of the schools and TAFE/VET providers within the Northern Territory:

Studying and living in Adelaide would enable you to be eligible for a further one year on the second temporary graduate visa (SC 485). it’s Australia fifth largest cities and it’s home to reputable universities.

Gold Coast pride themselves on their quality education, diverse student community and affordable living. Graduate from the Gold Coast could also be eligible for an extended three years post study work visa.

Below are a number of the schools and TAFE/VET providers within the Gold Coast:

Below are a number of the schools and TAFE/VET providers within the Perth:

The whole of ACT is assessed as cities and major regional centre by the Department of Home Affairs. Meaning that graduate from any local Universities or TAFE providers could also be ready to access a second temporary graduate visa.