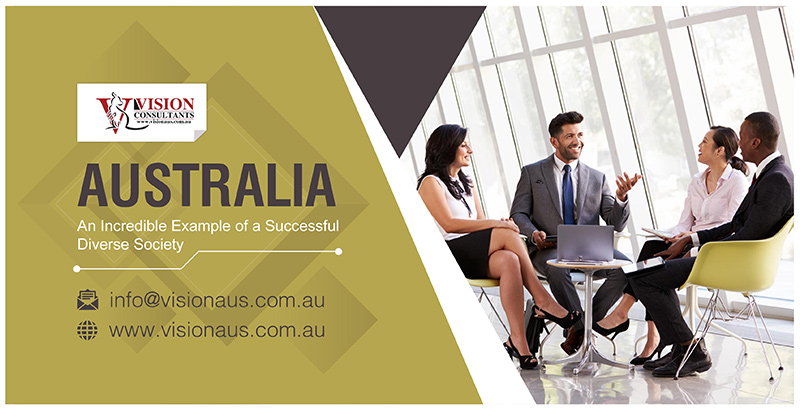 When you’re deciding for a specific country to travel, there are some important factors that are considered by most international students who wish to travel abroad for a better education. Availability of your favorite courses aside, part-time and full-time jobs as well as accommodation and other facilities; one aspect that always affects this decision is how open that particular country is to people from other cultures. Australia is one among the first choices for several international students lately.

Australia has been one among the highest aspirant in terms of top quality education and a brilliant standard of living. Australia is always standing proud, home to numerous different cultures, ethnicity and races. There are a lot of international students who opt to study in the regional universities of Australia because of its diverse and welcoming culture. Simply because the Australian Government allows good benefits to international students who choose to study or settle in regional areas of Australia. Since the 1970’s, bi-partisan policies have encouraged so many immigrants to move to and settle in Australia, as a result of which the Australia is currently one of the most vibrant, multicultural, and more peaceful than many of its counterparts. If you’re meaning to attend Australia for your studies, rest assured that you simply will easily find a bunch of your peers somewhere in Australia that’s at least on the brink of where you go; if not condensed within the same area that you simply attend.
The success of Australia’s ethnic inclusiveness is measured is thru the education of youngsters of immigrants. This is proved by studies that not only the young children of Australia migrants adapt to the society well they also do well under the Australian education system. Most of this is because quite a good number of immigrants have been settling under the skilled migration law and because of this this country is expected to benefit from these children in terms of economic growth and development of Australia.

There was a time when Australia was considered to be a racist nation encouraging only “white migration”. But the newer government policies have made sure that skilled migrants from countries like India, Bangladesh, Srilanka, Malaysia etc. are added to the in-pouring of the migrant population choosing to form Australia their new home. Indeed, some of the skilled migrant and regional area policies seem to prefer skilled migrants from the aforementioned countries to look towards moving to Australia—providing attractive benefits to those who do. Much of the population of Australia is about to be retiring (or have already retired), causing a big drop by the working age population. Had it not been for the various skilled migrant programs encouraging immigrants and international students to move to Australia; then perhaps the workforce of Australia would have suffered immeasurably. The influx of these immigrants and international students together has allowed Australia to maintain a steady flow of the working age population now through to the near future. This boost in Australia’s labor force means there are benefits for both the nation and its settlers. For immigrants, this means that for the most part, a number of different types of jobs are readily available in most streams. For the nation, it means that the high demand for skilled labor is constantly being fulfilled or met.

Aside from adding to the merit within the country, skilled migrants and international students increase consumption of goods and services within the country; and, (especially in case of migrants) also bring in capital from their home country, as well as pay income taxes on a regular basis. All of these factors work together in increasing the GDP of the country, which is often seen as one of the most important measures of economic growth. Since the late 1990’s, Australia has been one of the top choices to international students—largely because of its high standard in education, the steady sociopolitical state of the nation (for the majority of the time) and the multicultural aspect of its society making it less of a culture shock than perhaps the UK, USA or even Canada. Over the past two decades alone, the number of international students hosted by Australia (for higher education, mostly Masters and PhD) has grown by more than double from when the influx began; and currently, education is one the country’s biggest and most consistent exports.
Australia has undoubtedly been greatly benefited from becoming multicultural. Embracing multiculturalism has not only allowed the country to make use of the talents and skills of skilled migrants and international students; but also allowed these groups to more easily adapt to the Australian society and integrate themselves into it. This has led to an increase in overall peace and harmony within the nation, making it even more appealing to prospective international students and migrants. The Australian Government has also introduced more immigrant and international student-friendly laws and policies in recent times, further motivating people to choose Australia to build better lives in. If you are looking to study in a country which will embrace you with open arms, you can definitely choose Australia—one of the few nations in the world that has been very successful in becoming a very multicultural society that accommodates and pays reference to everyone living in it.

Our expert Education and Migration Agents are happy to assist you! Vision Consultants Australia – your trusted source for Education & Migration visa consultancy services.