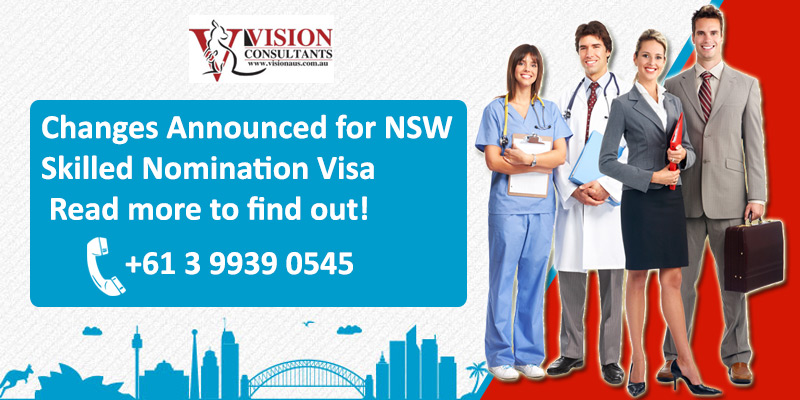 Since the beginning of this year, we have witnessed a rather dynamic trend as well as a surge in the number of immigration programs that have dwelled out by the Department of Home Affairs. The New South Wales has also introduced certain updates and changes to their highly famed Skill nomination visa scheme (subclass 190) for the year 2019 and 2020. The New South Wales has announced it as a “Good news for Chefs, cooks and motor mechanics” as there has been an increased surge in the trade occupations pertaining to these fields in particular.

However it should also be noted here that the New South Wales’ administration has announced on to closing the door for some other professionals and potential migrants who are not living in the state of New South Wales as of now currently. The Australian Skilled Nominated (sub – class 190) is a visa category that allows those applicants who have professional expertise and knowledge in a skill that is in shortage in a specific state to get state nomination and this in turn increases their points in the form of state nomination. This has become quite beneficial for many applicants to get state nominations and increase their cutoff scores pertaining to the fact this increases their points and in the wake of recent sky rocketing skill select draws, this has become a breath of fresh air for the applicants.

For the New South Wales nomination, those who aspiring for state nominations will now have to adhere to certain rules and requirements as charted out by the NSW. They have also introduced a new system whereby the availability will be shown for the occupations still open and it will be updated to show any changes. As stated above the demand for the nomination by the New South Wales is extremely high as everyone is willing to settle in this state so therefore, the state will continue to invite the best of the best talent that is in line with the jobs in demand in the local market.

But immigration experts and those who have a keen eye for the recent developments regarding the recent updated have pointed that these changes would halt the migration dreams of several other professionals and in a way closed doors for those not living or working in NSW as of now.

These changes have been put forward but they will affect especially nurses, engineers, accountants and other IT professional. Many international students used to move to NSW and Victoria in the hopes of getting the most sought after state nomination but these new changes may hinder the status for accountants and IT graduates, although the changes may be subject to further changes in the future.

Are you looking for AAT legal services? We have got you covered. Vision Consultants Australia is here to support you! Contact our education consultants Melbourne today for change course Australia.