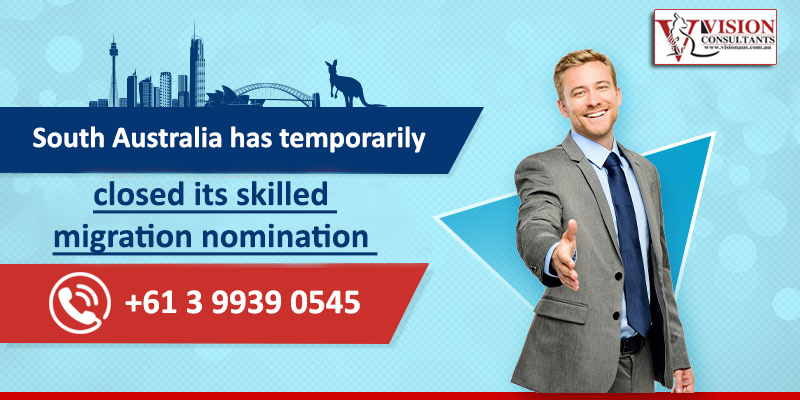 In another shocking development to the recent immigration changes, the South Australian government announced it will be closing the state  General Skilled Migration nomination from beginning June 24, 2019.

Migration experts had been speculating this for some time pertaining to a large influx in the migrant community and also probably due to some internal changes in their system. The Immigration South Australia website noted that:

“To complete system updates for the new program year Immigration SA will be closing  state General Skilled Migration (GSM) nomination 190/489 application system from 9 am on Monday 24 June and will re-open in the first week of July (the date and time will be confirmed at the start of July).”

It should also be noted that since the last one year, Immigration South Australia has already announced several changes to its immigration policies. Many believe that is due to the fact that SA wants to attract more skilled workers and professionals as well also international students to weigh in the job market gap.

The changes and new amendments forwarded by the state have raked in growth in the number of international students coming to the state thus benefiting the state with its economic programs. These have resulted in an increase in enrollments up to by 11.4%, with the state attracting over thousand students in the first quarter of 2019.

Get Experts’ assistance at Vision Consultants to assist you with your application.