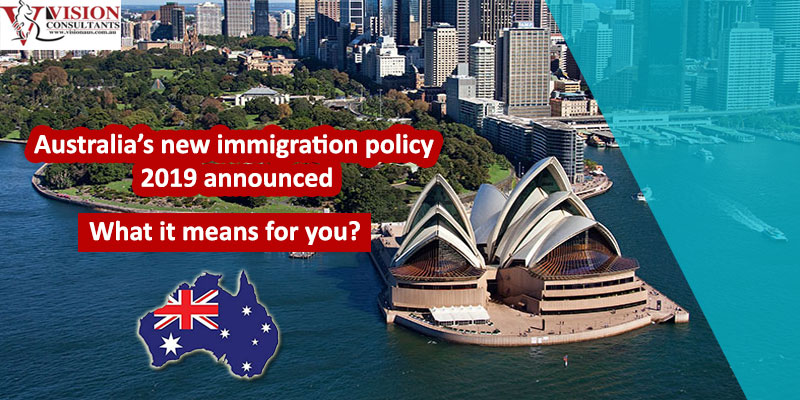 On March 20th, 2019 Prime Minister Scott Morrison unveiled a new migration policy for Australia which saw a cut of nearly 15 percent in the annual intake. He announced a new migration policy that called for the ease of congestion in Australia’s major metropolitan suburbs like Melbourne, Sydney and Perth. This move was a witness to distribute the population evenly to regional areas. The government is also set to introduce regional visas that will require migrants to reside in the areas for a minimum of three years as a mandatory condition for their permanent residency. However, expert and community are claiming that this move may make it harder for temporary residents to take up the PR as jobs are scarce in these areas.

In addition to this, around 23000 visa places will be reserved for new skilled regional visas within 160000 permanent visas. These will be issued under Australia’s scaled back migration planning level. Also, the government of Australia will also encourage international students to take up courses outside Sydney, Melbourne and Southeast Queensland in regional universities. There has been also a good announcement that up to 1000 scholarships of $15000 each will be available for local and international students, in a move to attract students to regional areas. Another advantage is that they will be issued an additional year to stay in Australia on a post-study work permit.

Also, the Skilled Employers Sponsored Regional visa, currently known as the Regional Sponsored Migration Scheme, will have places increased from 6,000 to 9,000, and state and territory sponsored visa places will increase from 8,500 to 14,000. These visa holders will be given priority processing and will have access to a larger pool of eligible occupations for permanent residency. Minister for Immigration, Citizenship and Multicultural Affairs, David Coleman said visa holders will be able to move within the regional areas.

In addition to these announcements, there has also been a constant fear looming on the potential migrants and international students that the cut in the annual migration from presently at 190000 to 160000 will make the laws more stringent and shrewd and will further squeeze the independent skilled migration intake.

The government has also mentioned that the cap of 160000 permanent visas will be maintained for the next four years. It is to be noted that the permanent migration visa cap of 190000 has been in place since 2011. However, last year saw a decline in the intake which many believe was primarily driven by a cut in skilled and family visa streams.

In order to further gain assistance regarding this new visa type and if you want free one-on-one consultations, Vision Consultants : Migration Agent & Education Consultants in Australia can provide expert education and migration consultancy and visa services. Unparalleled service standards have given us an industry feat of best education agent and migration agent in Australia. Our team of MARA registered agents is always there to guide you.